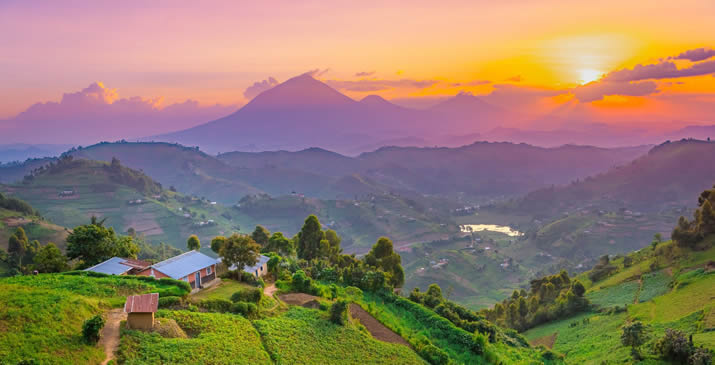 To many of the people out there, Africa is known as one country. However, this perception is a myth, Africa is a continent with about 52 countries most of which are less popular to the outside world due to their humble background. The only countries much known in Africa are those with very rich minerals and also with great history with the western world.

The so-called small countries are not widely known but these are truly beautiful to visit. Take a look at a country like Rwanda and Uganda. The two (2) are landlocked countries located in the East African region. Uganda most known to the commonwealth nations since it was colonized by the British, and Rwanda was colonized by Belgium.

The phrase “pearl of Africa” is common among the travel world but many know little about Uganda. This is so saddening because they are missing out on real wonderland. Uganda is a wonderland that can never seize to mesmerize its tourists. This country has very amazing natural features and resources that are very intuitive and eye-catching. This a place that attracts both mass tourists and eco-tourists.

One of Uganda’s wonders is its climate. Uganda receives a tropical climate whereby it rains and shines throughout the year. There is no more beautiful and favorable weather than those in Uganda. This is the ideal weather for vacationing. Uganda receives an average of 27 in a year. In Uganda, they wear one layer or two-layer clothes. It is chilly in the early morning hours and gets starting from mid-morning and gets cozy in the evening. Each and every weather situation gets a tourist into a different experience. This climate supports most of the outdoor tourism activities like swimming, sightseeing, nature walks, animal tracking, boat ride, hiking, sunbathing, and so forth.

The organic foods in Uganda are something to cherish of. With the fertile soils and nice climate in place, Uganda grows amazing foods that are craved for by everyone. Uganda has delicious matooke (bananas) which is the most popular food from the Buganda kingdom. The matooke served with ground nuts or beef will get you licking your fingers and yearning for more. 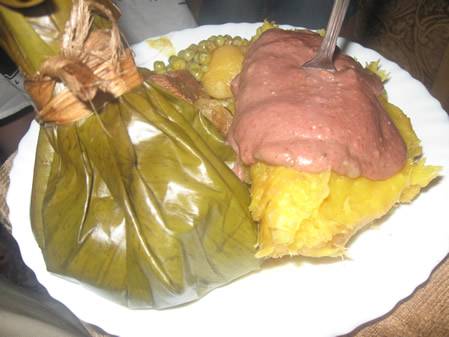 Uganda also has the Rolex which a chapatti rolled up with eggs and spices. The Rolex is one of the most tasteful delicacies in Africa as reported by CNN in 2016. The tropical fruits from Uganda cannot be forgotten the mangos, pineapples, guavas, and the sweet sugar canes. The Arabic coffee from the Elgon region is a wonder. Many people come to Uganda to taste its organic coffee. This is coffee that soothes the throat as it gets your brain hyperactive.

The amazing landscapes also make Uganda and Rwanda wonderland. Uganda is said to be the Wakanda. In Lake Bunyonyi Island you get a familiar scenery that was in the popular movie Wakanda. Uganda has breathtaking sceneries that make the heart settle spontaneously and makes the mind travel distances thinking of how God is such a great designer as you bring a big smile on your face.  Other than the lake Bunyonyi Islands, Uganda has great landscapes like the snowcapped  Rwenzori ranges, Katwe crater lake expulsion, Sippi Falls, Murchison Falls, Aruu Falls, and  Kigezi Highlands. Rwanda is popularly known as a country of a thousand hill. Much of it is characterized by majestic rolling hills, deep beautiful valleys, and winding roads to offer you breathtaking scenery.

Uganda has numerous elusive wildlife species. Other than the big five animals, Uganda has some unique species like the mountain gorillas. The mountain gorillas are endangered species that are only found in three countries and Uganda is one of them. The mountain gorillas are very unique primates with very intriguing social traits that always leave the trackers buzzing. In Uganda, gorilla tracking takes place in Bwindi Impenetrable Forest and Mgahinga gorilla national park. Uganda also has the chimpanzees one of the most intelligent animals in the animal kingdom. In the bird world, Uganda has the elusive shoebill. Many tourists come to Uganda to see this rare bird. There is a lot of history attached to the bird. Uganda has over 60 bird species endemic to it. 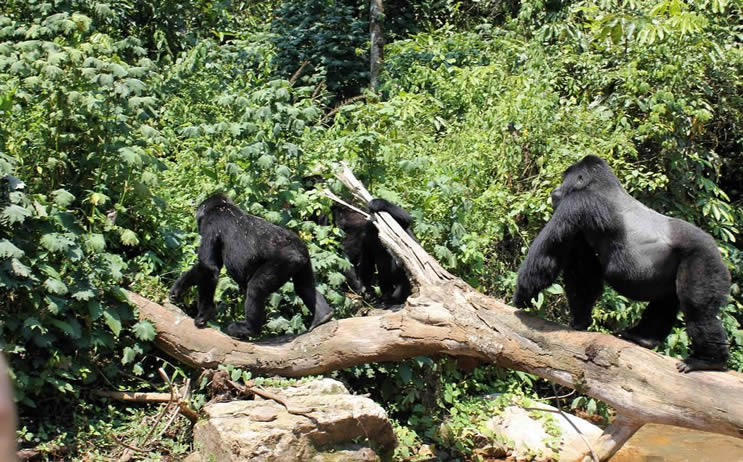 Gorilla trekking in Rwanda takes place in Volcanoes National Park, located in the northern part of the country, 2 hours drive from Kigali International Airport. Other things to do in this park include golden monkey tracking, nature walk, birding, hiking to Dian Fossey Tombs, Mount Muhabura, and Karisimbi hiking as well as local community visit. Rwanda is also endowed with about 13 primate species and 350 birds in Nyungwe National Park. Birding, canopy walk, forest walk, chimps, and other primates tracking are the main tourist activities in Nyungwe National Park.

The world has numerous amazing places to visit and wander about and Uganda has a place on the list. Uganda and Rwanda give tourists so much joy from the adventurous side of the exciting one.