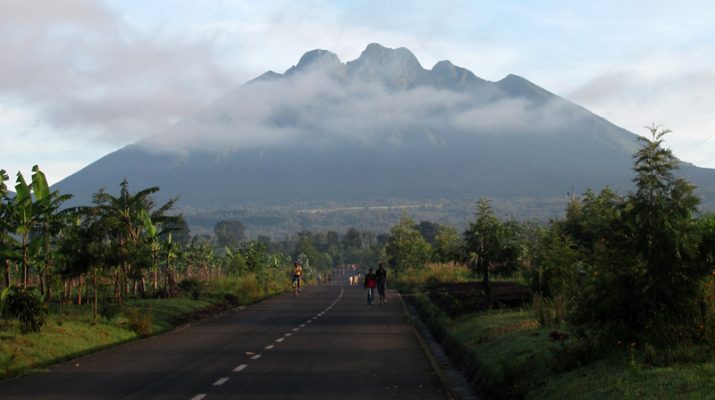 Why Rwanda Has Become The Best Luxury Destination In East Africa

If there is that one country in the world that has rejuvenated in various aspects then Rwanda is one of them. The 1994 genocide was such a bloody event in life that left many in regrets, terrified and at the end, popularized this remarkable country to the world. With more than a million lives that were lost within just 100 days and today, this country ranks East Africa’s best luxury travel destination. A visit to this Rwanda today leaves many in a surprise, as development has become main focus for every Rwandan national.

Ever since this dramatic event ended Rwanda has always unfolded her story with lots of hopes and those who became victims are witnessing how this small nation is graduating from its past to current. Among many achievements that have been observed and still occurring include the drastic modernization, anti corruption laws, enhanced government efficient, improved infrastructural development, access to social amenities among other factors have driven this country among a few fast growing states in the region today. What is amazing is that, these factors have prevailed to almost all visitors’ dream destinations, an incredible factor which has helped many to realize their dreams while on vacation.

Once you land in this remarkable nation, you will be amazed by its clean urban centers especially the streets and you will prove it that it deserved to be one of the cleanest in the world. Besides, don’t miss to catch a glimpse at its diverse attractions, interact with the humble and the most welcoming people to explore more about their interesting history as well as the rolling hills that make it a true Land of a Thousand Hills and once you hit the road to splendid Volcanoes National Park, you will be thrilled by magical views of rare mountain gorillas that make up a major safari highlight for most visitors on safari in Africa. In addition, don’t miss to engage in thrilling experiences like cycling or embark on a game drive along Akagera National Park expansive savanna grassland.

This incredible nation is a true Switzerland of Africa and it has out competed most of her counterparts in the region making it the best tourist destination that luxury travelers on safari in East Africa should pay a visit. If you have wondered why most visitors frequent in this country or why it has featured in most travelers’ travel plans as the best destination for one to enjoy complete luxury while on safari in East Africa, here are some reasons.

First and foremost, prevailing peace in Rwanda has played an incredible role a fact that most travelers are able to conduct their safaris safely. Interestingly, in 2017, it featured as Africa’s safest country and the 9th safest nation for one to pay a visit worldwide. When it comes to safaris in any destination, this factor shouldn’t be disregarded. Besides, it attracts more classic tourism infrastructure, support amenities and development projects from the private and government investors. Interestingly, thousands of visitors confine in this country and they can freely relax in luxurious restaurants as well as use their gadgets with less fear of being snatched by robbers.

Regardless of this freedom, note that Rwanda like any country isn’t 100% safe and this means that safety starts with the visitors themselves. Its prevailing political stability has also attracted most celebrities including film stars, musicians as well as delegates and with already set up Kigali Convention Center, it is easier to hold most events in the country. Of recent, the most celebrated American comedian Ellen DeGeneres paid a visit to Rwanda to kick start the Ellen DeGeneres Wildlife Fund which is intended to protect the critically endangered mountain gorillas which in a long run will boost the country’s tourism sector. Another interesting thing about Rwanda is that the president himself is a staunch supporter of tourism and he has been sighted in most activities some of which include the Royal tour.

Kigali is also ranked as one of the cleanest capital cities in Africa and the world at large and you will prove this while on your safari. Each month, a day is set for all Rwandans to participate in ‘Umuganda’ a renowned day when all shops are closed and people engage in community work either it means fixing your neighbor’s fence, digging ditches or the road. In 2008, all plastic bags were banned in the country and any polythene shouldn’t liter the streets like it is with some towns in the continent. Once you land in at Kigali Airport or any international airport in Rwanda, you will see warnings against plastic bags widely distributed. If you are found throwing rubbish on the streets or in areas which are not designated for such a purpose, you will be charged highly. A city tour in Kigali is rewarding and should be your starting point and then you proceed for gorilla trekking or end it at Kigali.

Rwanda features a number of international luxury hotel chains restaurants and these have helped meet visitors’ demand. Visitor experiences at a destination are enhanced by availability of hotels or restaurants and accommodation facilities for them to have what to eat and for overnight stay before and after engaging in safari activities. Most interestingly, several luxury accommodation facilities have been set up and more are yet to be constructed. The notable ones include Serena Hotel, Marriot property, Bisate Safari Lodge and the 292 up market facility that was set up at the center of Kigali by the pomp Radisson Blu Hotel Group in 2016. If you are looking for classic restaurants then look no further than The Heaven Restaurant and Boutique Hotel as well as the Historical Hotel Des Milles Collines which featured in Hotel Rwanda movie. Besides, there are several up market safari lodges for you to spend a night in any park of your choice and among many include Bisate Safari Lodge, Volcanoes Virunga Lodge at Volcanoes National Park, Nyungwe House, Sabinyo Silverback Lodge, Ruzizi Tented Lodge and others.

When it comes to connectivity, Rwanda has got the best air connections. You can take a flight direct from Brussels to Kigali or set off from London Gatwick to Kigali Airport using Rwanda Air. Besides, you can enjoy helicopter rides to one of the country’s protected areas which all supplement on your luxury safaris.

Exclusive gorilla trekking experience is undeniably a major safari highlight for most travelers on vacation in Rwanda. In Mid 2017, the cost of permits was increased from the $750 to $1500 per visitor based on 2 (two) major reasons-first, to avoid overcrowding in Volcanoes National Park as away to conserve habitat where these critically endangered thrive and also to make it the leading safari destination for luxury travel in East Africa. What is amazing is that you even incorporate other wildlife safaris, nature walks as well as hiking adventures with primate adventures while you are on safari in the remarkable Rwanda.

Conclusively, there are several reasons why Rwanda today is evolving into best luxury tourist destination.

Why hire a vehicle for your family vacation 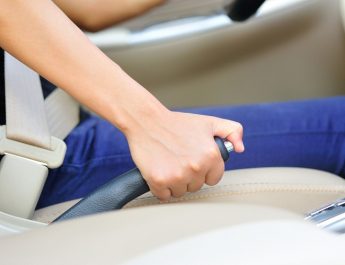