Rwanda is a landlocked country in the eastern part of Africa, Rwanda, was nicknamed ‘the land of thousand hills’ due to the fact the country is mostly mountainous and its Akagera National Park also has fair share of these mountainous terrains. These highlands offer breathtaking views over the several lakes and swamps including the great Lake Ihema.

Akagera National Park in the northeastern part of the country along the Tanzanian border and most wildlife in Rwanda are found in this park. Among the variety of animals in the park include; Giraffe, spotted hyenas, Elephants, Zebras, Impala, and bushbuck. The park hosts a variety of amazing animals that you can view while on a game drive in the park

Camping around the Akagera lakes is an amazing experience and it’s a prologue to the wonders of the African bush. Around the lakes, you enjoy crocodiles basking in the sun and birds like the fish eagles, sunbirds, among others. Due to the high pressure from the people struggling for land after the 1994 genocide war in the country, the park decreased inside from over 2,500 km² to its current size. In spite of the fact that most of the best savannah grazing land is found outside the park boundaries, what remains of Akagera is some of the most diverse and scenic landscapes in Africa. The number of wildlife in the Akagera National Park would be higher but because of bordering Tanzania, some animals cross to Serengeti National Park in Tanzania. 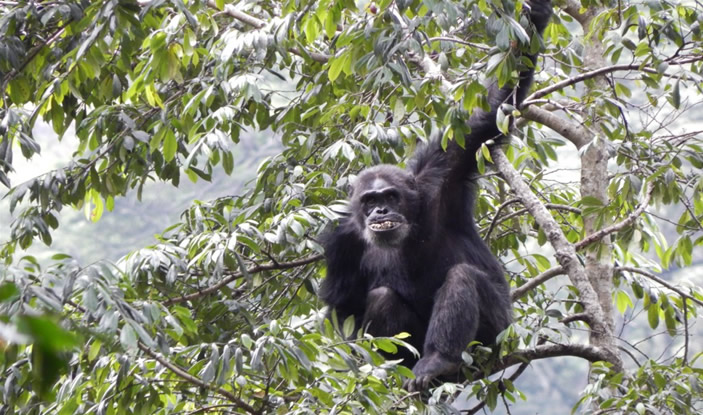 Another park in Rwanda is Nyungwe Forest National Park located in the northwestern part of the country bordering Burundi in the west, Democratic Republic of Congo, and Lake Kivu to the west. The Forest is probably the best-preserved montane forest in East and Central Africa. In addition to that Nyungwe Forest national park is the largest concentration of primates in the country. it is home to chimpanzees and other types of primates like; owl-faced monkeys, L’Hoest’s monkey, Red-tailed monkey reported however unverified sightings of golden monkeys.

Chimpanzee tracking is the main tourist activity done in the park. Chimpanzees live in groups of 100 members composed of brothers, fathers, mothers, and others. visiting them in their natural environment is among the most interesting and memorable experience tourist enjoy while on Rwanda safaris.